Publisher Turhan Günay and publishing house Evrensel, both from Turkey, have been named joint recipients of the 2017 International Publishers Association (IPA) prize for courage in upholding the freedom to publish, the IPA Prix Voltaire.

Turhan Günay is an executive at Cumhuriyet Books, the book publishing branch of the daily Cumhuriyet newspaper, and editorial director of the Cumhuriyet Book Supplement. Günay and 10 colleagues were arrested on groundless terrorism-related charges in November 2016 and spent nine months in pre-trial detention. Their trial began on 24 July, and Günay was among seven defendants released last Friday, on 28 July.

Evrensel, meaning ‘universal’, is a Turkish publishing house whose catalogue includes books in Turkish, Kurdish, Armenian, Assyrian and Arabic. Following sweeping emergency powers assumed by the Turkish government after the July 2016 coup attempt, Evrensel was summarily shuttered due to links to the company Doga Basin Yayin, which had already been closed by Statutory Decree on 29 October 2016. As part of Doga Basin Yayin, Evrensel was unduly forced to stop trading when its accounts were abruptly frozen and its assets seized.

The IPA Freedom to Publish Committee’s decision to jointly award the 2017 IPA Prix Voltaire reflects the Turkish government’s remorseless purge of all critical voices in the media, academia, and all areas of cultural life. It is the first time in the prize’s 11-year history that it has been awarded to two separate recipients.

‘The freedom to publish situation in Turkey is severely limited today, and we chose to recognize the immense courage of Turkish publishers who dare to keep working despite huge risks. 'Turhan Günay is a book publisher, journalist and literary critic who has devoted his life to books and publishing, and he is paying a high price at the hands of a vengeful Turkish government. Evrensel, on the other hand, represents many publishing houses that have been closed on spurious grounds, leaving many hundreds of staff out of work and the Turkish book world greatly impoverished. 'Both are deserving recipients of the IPA Prix Voltaire, for they both embody the determination to publish freely in a country where the authorities will apparently stop at nothing to silence them.’

The 2017 IPA Prix Voltaire presentation will take place at the Gothenburg Book Fair gala dinner, on the evening of 29 September. Representatives of the recipients will be invited to receive the award and to address an IPA freedom to publish seminar in Gothenburg, also on 29 September.

About the IPA Prix Voltaire

The IPA Prix Voltaire is unique in honouring the freedom to publish, without which many forms of freedom of expression would be impossible. Publishers who provide authors with the tools to disseminate their written ideas assume the same risks as the writers themselves.

Nominees have usually published works amid pressure, threats, intimidation or harassment, be it from governments, other authorities or private interests. Alternatively, they may be publishers with a distinguished record of upholding the values of freedom to publish and freedom of expression. For the purposes of the IPA Prix Voltaire, the definition of ‘publisher’ is an individual, collective or organization that provides others with the means to share their ideas in written form, including via digital platforms.

The IPA Prix Voltaire, which comes with a CHF 10,000 prize, is made possible by generous contributions from sponsors, all of which are publishing houses and organizations that share the values that the IPA Prix Voltaire embodies. 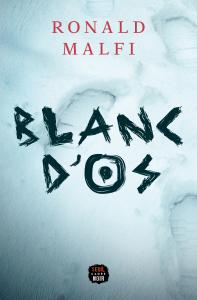